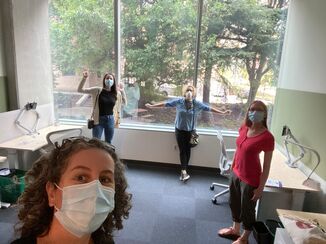 January 2021: SETTING UP AND SETTLING IN
The team explored our future new home at UW in the Hans Rosling Center for Population Health at a safe distance this summer. This Autumn, Dr. Levy taught her first course at UW - on Water, Wastewater & Health. 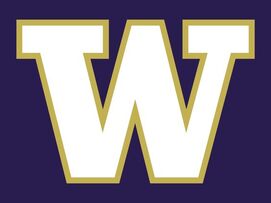 June 2020: WE ARE MOVING TO UNIVERSITY OF WASHINGTON !
The Levy Lab will be moving to the Department of Environmental and Occupational Health Sciences at the University of Washington on June 1, 2020.  We will miss our colleagues at Emory and Rollins School of Public Health, but will maintain ongoing collaborations with them while we build new ones at UW.
November 2019: Georgia Tech press release on our recently published paper
Metagenomics unlocks unknowns of diarrheal disease cases in children [Link to article]

​Cheep Cheep study featured in the story "Why did Rollins researchers cross the road?" [Link to article]

August 2018: Dr. Levy featured on AAAS blog
Some thoughts on why it's tough to fit in public engagement work, but why it's important [Link to article]​ 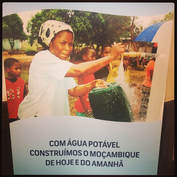 June 2018: New NIAID R01 grant to study the impacts of a water supply improvement project in Mozambique
Our new $3.7 million grant from the National Institute of Allergy and Infectious Diseases will allow us to study how a large World Bank-funded water supply improvement project in Mozambique affects the infant gut, and subsequent health outcomes. The project is co-led by Matthew Freeman at Emory, and is being carried out in collaboration with the World Bank, Georgia Institute of Technology, University of Nevada Reno and Mozambican water and health agencies.  [Link to Emory press release]​

(Photo of poster at FIPAG, the Mozambican water utility) 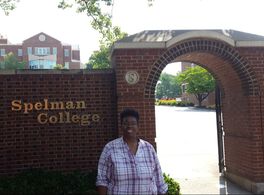 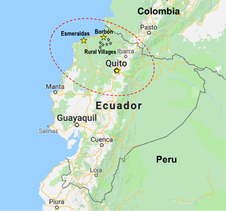 May 2018: New NIAID R01 grant on the gut microbiome in Ecuadorian children
We have been granted a $3.5 million grant from the National Institute of Allergy and Infectious Diseases, in collaboration with Joe Eisenberg at University of Michigan, Gabriel Trueba at Universidad San Francisco de Quito, and Kostas Konstantinidis at Georgia Tech.  Over the next five years we will be recruiting a cohort of newborn infants along a rural-urban gradient in Ecuador to study environmental influences on the development of the gut microbiome in children, and how the infant gut microbiome influences responses to enteric pathogen infections.  [Link to Emory press release]​ 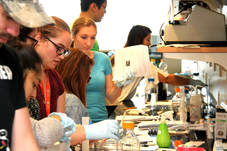 January 2018: EH548 listed as an Emory "cool course"
Dr. Levy's course EH548: Research Methods for Studies of Water & Health was selected as one of Emory University's "cool courses" for Spring 2018.  [Link to article] 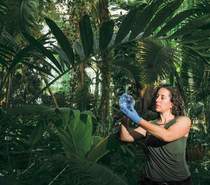 October 2017: Feature story in RSPH Magazine on Climate & Health
Our group's work was featured alongside that of other Dept. of Environmental health colleagues on climate and health in the Rollins School of Public Health Fall 2017 Magazine.  (Note that I tried to convince the photographer to use a photo where I wasn't holding up a beaker completely unrelated to the kind of water sampling and analysis that we do)  [Link to article] 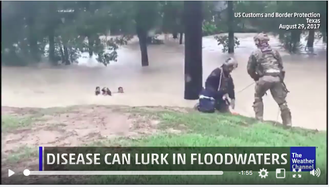 June, 2017: Dr. Levy appears in Science Magazine
Dr. Levy's public engagement work was featured in Science Magazine's News & Notes section. One of the featured quotes: “It's important to build out a structure that incentivizes and trains us to communicate our work with a broader audience, especially given current concerns about the public's lack of esteem for science.” [Link to article]

June, 2017: Forest Altherr represents the Levy Lab as "The Climber in the Unicorn Suit"
The pooping unicorn is our official lab mascot, and Levy Lab alum Forest Altherr represented us well when he donned a unicorn suit on the Freerider route of El Capitan.  Little did he know that he would wake up to encounter Alex Honnold on his historic free-solo of the famous wall. The story was covered in the REI blog, although one correction is needed: the unicorn was our lab mascot long before we saw the Squatty Potty video.

May, 2017: Shanon Smith wins the Gangarosa Award
Congratulations to Shanon Smith, Pooper Scooper extraordinaire, on receiving the Eugene J. Gangarosa, M.D. Student Award for Excellence in International Health.  This award is presented to the graduating student who has demonstrated a creative approach to solving public health problems and who shows promise for outstanding service in the international arena.  She was nominated for her work in the Levy and Leon research groups. 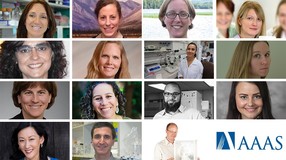 February, 2017: Dr. Levy selected as AAAS Leshner Public Engagement Fellow
Dr. Levy will be one of 15 infectious disease researchers in the second cohort of the AAAS Alan I. Leshner Leadership Institute for Public Engagement with Science. The fellowship involves a week-long training in Washington, D.C., followed by a year of carrying out public scholarship activities with support from AAAS. [Emory press release] [AAAS press release]
September, 2016: New grant from the Bill & Melinda Gates Foundation
Dr. Levy and Dr. Matthew Freeman have been awarded a small grant from the Gates Foundation to examine the impact of human exposure to animal waste in community settings.  If we could contain all human waste, what risk would remain from exposure to animal feces 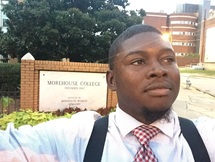 August, 2015: Levy Lab alum Ethell Vereen, Jr. lands a job as Assistant Professor
@ Morehouse College!
Congrats to Ethell.  Morehouse is lucky to have this fabulous teacher on their faculty.

October 6, 2014: Dr. Vincent Hill at CDC in collaboration with Dr. Levy awarded grant from the Center for Produce Safety
The grant will support application of ultrafiltration methods developed in Dr. Vincent Hill's laboratory at CDC to agricultural waters.  The title of the project is "Improved sampling and analytical methods for testing agricultural water for pathogens, surrogates and source tracking indicators." [Press release]

July 7, 2014: Dr. Molly Kile in collaboration with Dr. Levy awarded R01 from NIEHS for study of arsenic
This study will examine the effects of prenatal and early life exposure to arsenic to clinically relevant outcomes including infectious disease morbidity and antibody response to routine childhood vaccinations in children up to age 5 years. [More information]

June, 2014: Levy Lab alum Gouthami Rao is off to Kenya!
Gouthami  will be working with Innovations for Poverty Action as the lab coordinator for the WASH Benefits project.  Congrats to Gouthami and we hope you have a fantastic experience.

May 13, 2014: Dr. Justin Remais in collaboration with Dr. Levy awarded $2.3 million grant from NSF
This project, funded through the NSF Water Sustainability and Climate program, will develop new approaches for analyzing the complex, dynamic linkages between climate, hydrology and disease transmission in changing environments using existing data from field sites in China and Ecuador. [Press Release] 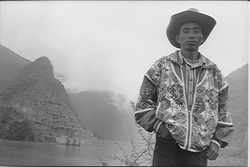 January 17, 2014: Great news from Guatemala!
With the passage of the omnibus appropriations bill, the US Senate instructed the World Bank and Inter-American Development Bank to support reparations for people affected by the Chixoy Dam in Guatemala. In 1982, 444 Maya Achi people of Guatemala were massacred to make way for the Chixoy Dam, a project financed by these banks. Since then, the survivors have been fighting for reparations as a way to begin to right the injustices they still continue to live with from this project.  Dr. Levy spent the summer of 1999 with Cristobal Osorio Sanchez, carrying out interviews with people who had lost access to their land as a result of the construction of the Chixoy Dam, to document the ecology of the pre-dam landscape and understand the impacts to the Maya Achi community of the loss of access to the river's natural resources, and wrote about the reparations campaign in the San Francisco Chronicle.  International Rivers campaign director Monti Aguirre writes about the big victory for everyone has worked so hard on this campaign in a blog post.
November 20, 2013: New paper out on the relationship between heavy rainfall and diarrheal disease
We determined that heavy rainfall was associated with increased cases of diarrhea when it occurred after a dry period but decreased cases of diarrhea when it occurred after a wet period, and the health impacts of heavy rainfall were reduced in communities where more people treated their drinking wate .  Our findings highight the need to account for both social and biophysical factors when evaluating the effects of climate on disease. [Press Release]  [NewsDaily story] [E4C story]

September 25, 2013: Dr. Levy and colleagues at UGA awarded two grants from the Center for Produce Safety
Two grants will support work by Dr. Levy in collaboration with Dr. George Vellidis at University of Georgia and other colleagues.  The titles of the sister projects are "Does Salmonella move through the irrigation systems of mixed produce farms of the Southeastern United States?" and "Does splash from overhead sprinkler irrigation systems contaminate produce with Salmonella in the Southeastern United States?" [More information]

June 15, 2013: Dr. Levy is awarded a K01 Career Grant from the National Institute of Allergy and Infectious Diseases (NIAID)
The grant will support Dr. Levy's career development for five years, as well as a research project that will investigate the role that human travel between urban and rural regions plays in determining the distribution of circulating strains of pathogenic E. coli in northern coastal Ecuador.   The research will provide insights into biological and social processes involved in the regional transmission of diarrheal diseases.  [More information]

June 2, 2013: The Daily Beast Op-Ed on the Infant Microbiome
"My Baby, My Microbiome"

October 10, 2012: Climate and Health Symposium
Dr. Levy and colleagues at the Universidad Central del Ecuador sponsored the International Symposium on Climate Change and Health: A Vision from the Center of the World, held October 3-5, 2012 in Quito Ecuador.  The symposium was a part of the NIH Fogarty International Center funded project, “Social Vulnerability and Climatic Drivers of Enteric Disease in Rural Ecuador.”  Many high-level Ecuadorian government representatives attended and gave presentations at the conference, including Mercy Borbor Córdova, Vice-Minister of the Environment, Fander Falconi, National Secretary of Development, and María Fernanda Espinosa, Minister of Natural and Cultural Resources.  Dr. Levy spoke about her work on climate and health, as did Dr. Justin Remais, also an assistant professor in the EH Department.  Other international speakers included Gino Marinucci, representing the CDC Climate and Health program, Alexander von Hildebrand of the Pan American Health Organization, Patricia Romero-Lankao, a sociologist at the National Center for Atmospheric Research (NCAR) and member of the Intergovernmental Panel on Climate Change (IPCC), Patricia Abrutsky of the National University of San Martín, Argentina, and Ricardo Bertolino, Subsecretary for the Environment for the City of Rosario, Argentina.  The symposium was covered by many national media outlets of Ecuador, and the President of Ecuador even posted an announcement about the event to his Facebook feed.
September 26, 2012: Huffington Post Op-Ed on Organic Foods
"Let's Ask the Right Questions about Organics and Health"

September 25, 2012: GeoHealth Hub grant
Dr. Levy and EH faculty member Kyle Steenland (PI) were funded by the Fogarty International Center for their work to create a GEOHealth environmental and occupational research and training hub, in collaboration with collaborators at University of Chile and University of Georgia. [More information]

July 3, 2012: Public Voices Fellowship
Dr. Levy has been selected to participate as a fellow in the Public Voices Public Scholarship Initiative, a program of the Op/Ed Project.  She is looking forward to writing op-eds and engaging in other forms of public scholarship.
September 27, 2011: A paper that Dr. Levy co-authored showing that the prevalence of antibiotic resistant enteric bacteria was 80% higher in less remote communities than in more remote communities in rural Ecuador was covered by Science Magazine. 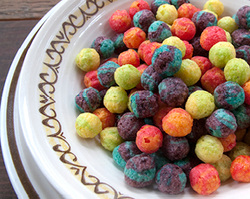 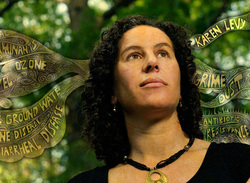 June, 2011:
Dr. Levy was featured alongside other EH Department faculty in an article entitled “Adaptation” in EMORY Health magazine 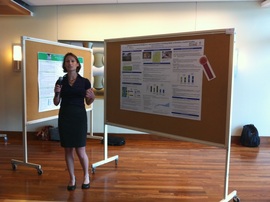